Myanmar: Finding Hope in the Devastation 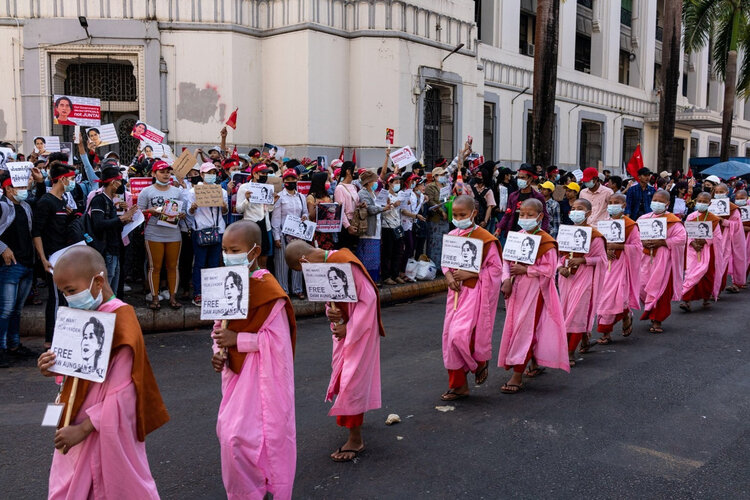 You may have seen news snippets of what’s been happening in Myanmar over the past few months. Despite the devastation as a result of an ongoing military coup, coverage is limited.

Fiona Natusch is one of ADC Microfinance's Board Members. Fiona lived and worked in Myanmar for four years with a local social venture that designed products and services for smallholder farmers. She has a unique insight into the goings-on in Myanmar as she continues to try and keep in touch with friends there, despite access to mobile networks and wireless internet services being shut down. Below is an extract from a reflective piece written by Fiona.

It’s also been three months of resistance. Three months of creative non-violent protests of civil servants refusing to work for the military junta, of keyboard warriors and artists raising their voices internationally. Three months that have made an irreversible impact on Myanmar.

The past ten years had been so full of hope and optimism in Myanmar. A country emerging after decades of isolation and stagnation, was grasping new opportunities with both hands, and making their new dreams a reality. The pace of change was unprecedented. The excitement palpable. Telecommunications, smartphones, and the internet rolled out across the country at a faster pace than ever seen elsewhere. Burmese educated and living overseas returned in droves, and international investors and companies flocked to Myanmar to take advantage of previously untapped markets.

Yangon was my home for four years, and despite living in a variety of countries, none have captured my heart quite like Myanmar. The generosity and friendliness of people on every corner was uplifting. The creativity, tenacity, and ingenuity of Myanmar far outweighs our Kiwi no.8 wire mentality. The frequency with which strangers would solve your inevitable problems, before you’ve even comprehended what’s happened, was phenomenal. I worked with some of the most inspiring people I’ve ever met, who made doing business in an unpredictable market look easy.

So how did this inspiring outlook change so suddenly? In November 2020, Myanmar held their second democratic elections, during which the Military lost a significant amount of power. It was a landslide victory for the National League for Democracy (NLD), led by Aung San Suu Kyi, winning 258 seats, compared to the 26 by the military’s proxy party (USDP). In the early hours of February 1 2021, the morning Parliament was due to sit for the first time in 2021, the military swooped in and detained the elected members of Parliament.

What has occurred since has been a repeat of the military’s playbook of decades—political prisoners, curfews, unpredictable responses—in addition to the internet and telecom shutdowns of this new era.

But the military has been met with a response that they didn’t expect on many levels. Tech savvy, internationally connected, and creative youth who have grown up with a taste of democracy and dreams for the future, have responded in ways the isolated Generals were not prepared for. It’s been a clear demonstration of the generous, tenacious, peaceful, and creative spirits of Myanmar people, in stark contrast to the self-isolated, outdated, power-hungry ideology of the military generals. Over the past two months, a decentralised response to the coup has brought people together across ethnic, religious, gender, geographic, and generational divides.

The Civil Disobedience Movement (CDM) encouraged civil servants to refuse working for the military, while civilians have brought many other sectors to a standstill as they prioritised their time protesting on the streets ensuring their voices are heard. Groups of every variety - sports, friends, neighbourhoods, dance, artists, ethnic, religious - came out to show their support for CDM and let the military know, loud and clear, that they did not, and will not ever, support another military dictatorship.

February began with creative protests catching the military off guard, and a determined optimism that international support might help them overthrow the military powers. Civilians began banging pots and pans at 8pm every night—a traditional belief to ward off evil spirits—and has continued every night since the coup. By day, street art, dances, posters, poetry, and public sit-ins on major intersections and outside key embassies day after day, kept the people coming together across towns large and small. Civilians’ cars began mysteriously breaking down at most major intersections across Yangon with the resulting traffic chaos making it ‘impossible’ for civil servants to go to work. Hundreds of pictures of General Min Aung Hlaing’s face pasted on the streets, halting armed forces in their tracks to avoid walking on their leader’s face. Streets full of women’s htamein (traditional skirts) stopped military entering those streets. (A common belief across Myanmar is that men who walk underneath women’s htameins will lose their mana or masculinity. While this halted military forces in their tracks, it had the dual effect of disrupting gender discrimination as civilian men were enjoying walking on those same streets in peace regardless of the clothes hung above them.)

By March, the military’s patience wore thin. Their hope that the people would grow tired and stop protesting wasn’t coming to fruition. The military started employing their usual tactics to justify a full crackdown (e.g. releasing prisoners to cause chaos amongst peaceful protests). The last two months have since been filled with unprovoked violence against the population, curfews, broken communications, and intense censorship and arrests of media and dissenting voices.

The remarkable bravery of everyday people across the country is hard to comprehend when individuals are well aware of the risks of leaving their homes. Many write their blood type and emergency contacts on their arms, while others post messages to loved ones online, just in case the unthinkable happens to them as they head out to make their voice heard.

While my heart continues to break every day, what brings me hope are the ways this revolution is already bringing positive changes to Myanmar. The first few weeks of protest were initially about freeing Aung San Suu Kyi, but this quickly broadened to a clear demand for democracy. Civilians have rapidly educated themselves more than ever before about the constitution, and options for a fair, democratic, and representative future. While their opinions of policy or detail continue to differ, groups have united against the military in a way that wasn’t seen during prior uprisings that were primarily led by a particular segment of society (students in 1988, monks in 2007).

April is one of the hottest months, with temperatures regularly reaching over 35 degrees and humidity levels rising unbearably until the rains arrive in late April/May. April 13-16 marked Thingyan, the Burmese New Year, a time when traditionally the country celebrates with nationwide water festivals (it's impossible to walk outside during these festivals without a neighbour or friendly face blasting you with a hose or bucket of water). This year, the public boycotted the festival to ensure the military couldn’t claim a sense of normality. As emotions are drained, and fear continues to brace the country, it’s looking like a long road ahead to restore progress towards a fairly represented, democratic governance of the country. But as we enter the Myanmar New Year, we’re sending all our strength, courage, and support to our friends and colleagues who are forging a path into the unknown.

We remain in contact with our friends and colleagues (albeit, patchy at times), and we are dedicated to supporting their entrepreneurial drive to find a way forward through this period, and towards their dreams for a brighter future. Myanmar people are some of the kindest, most innovative, and community-minded people I’ve ever met, and a population that deserves the opportunity to show the world what they can achieve if their rights and dreams are not smothered by destructive powers. I have no doubt that new and creative ways will be regularly found to ensure that the military doesn’t forget that they have not, and will not, have the support of the people.

Support ADC Microfinance with your 1%

1% of the average Kiwi's income is just $10 per week but it enables ADC Microfinance to issue 3 business development micro-loans to budding entrepreneurs in Myanmar who have an idea that could lift them and their community out of poverty. Support ADC Microfinance with your 1%. 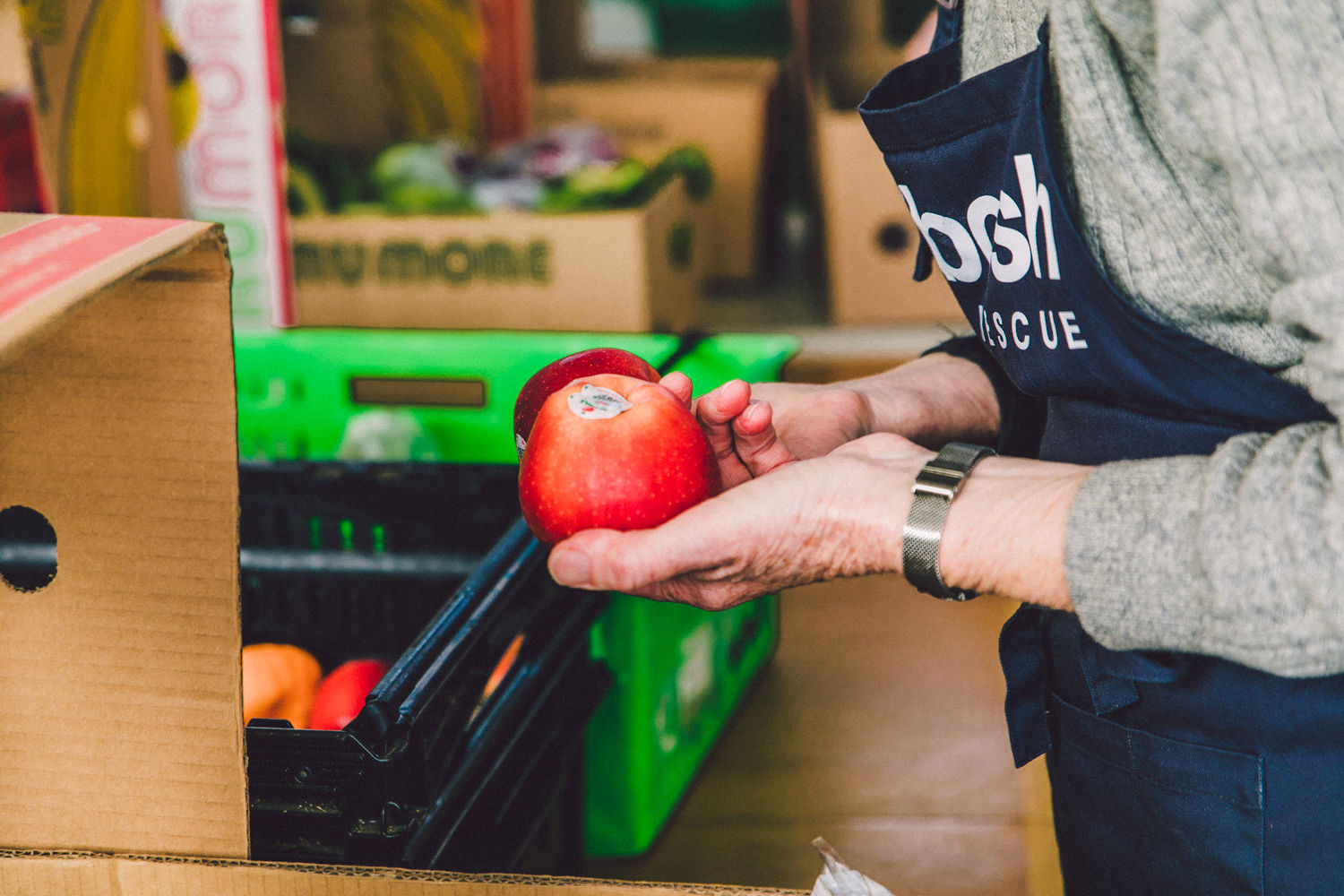 COVID changed the food rescue game. It changed the amount of surplus good food and where it came from. It changed who needed that food and how it got to them. Now, Kaibosh’s growth spurt in Kāpiti-Horowhenua is rescuing and distributing more quality surplus food than ever before.
Read now 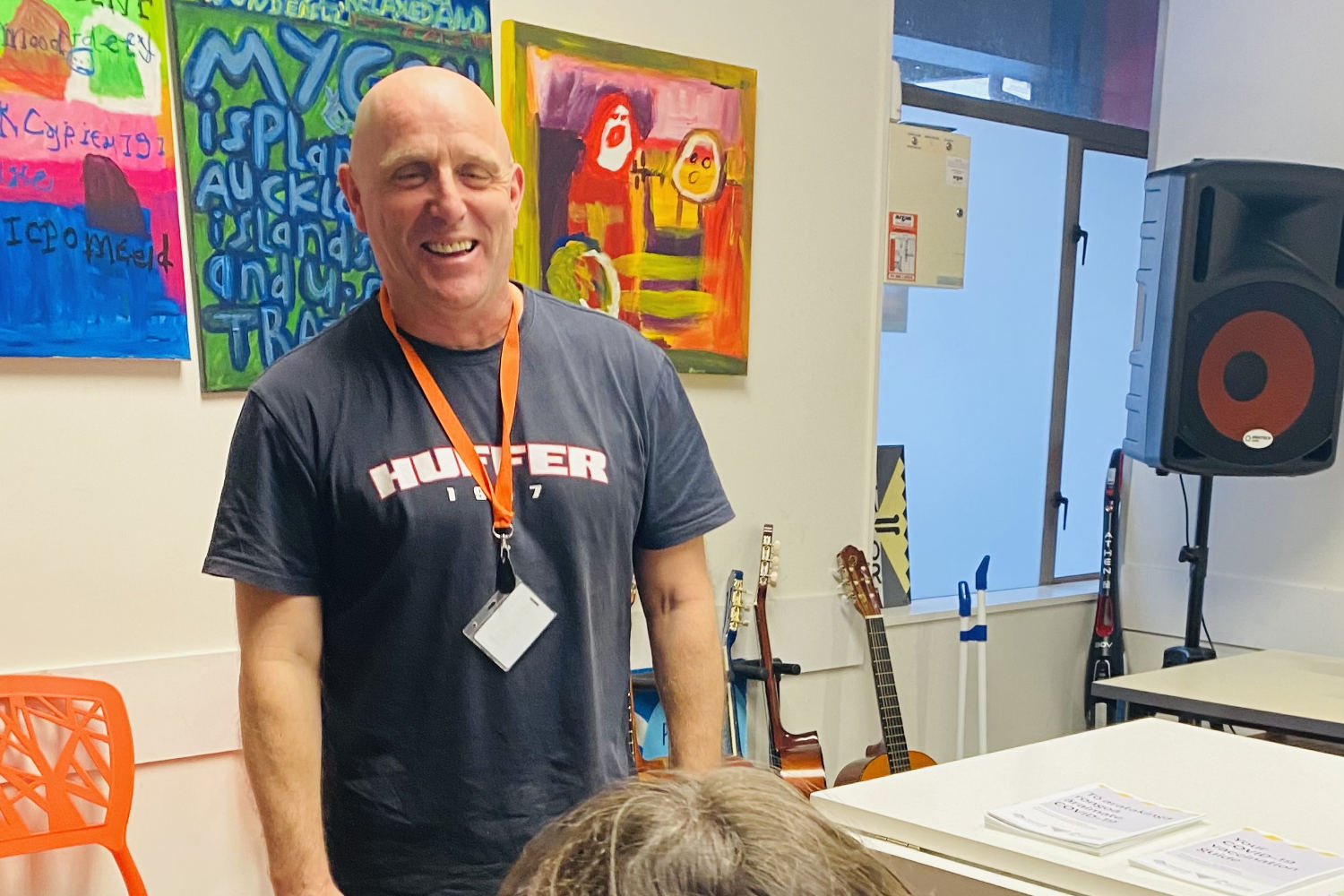 "I share with them about my issues. I am on their level, I am alongside them. We do this together." Evan has turned his past struggles with addictions and mental health into a superpower! A superpower he uses to lead DCM's Te Awatea Harm Reduction drug and alcohol programme.
Read now 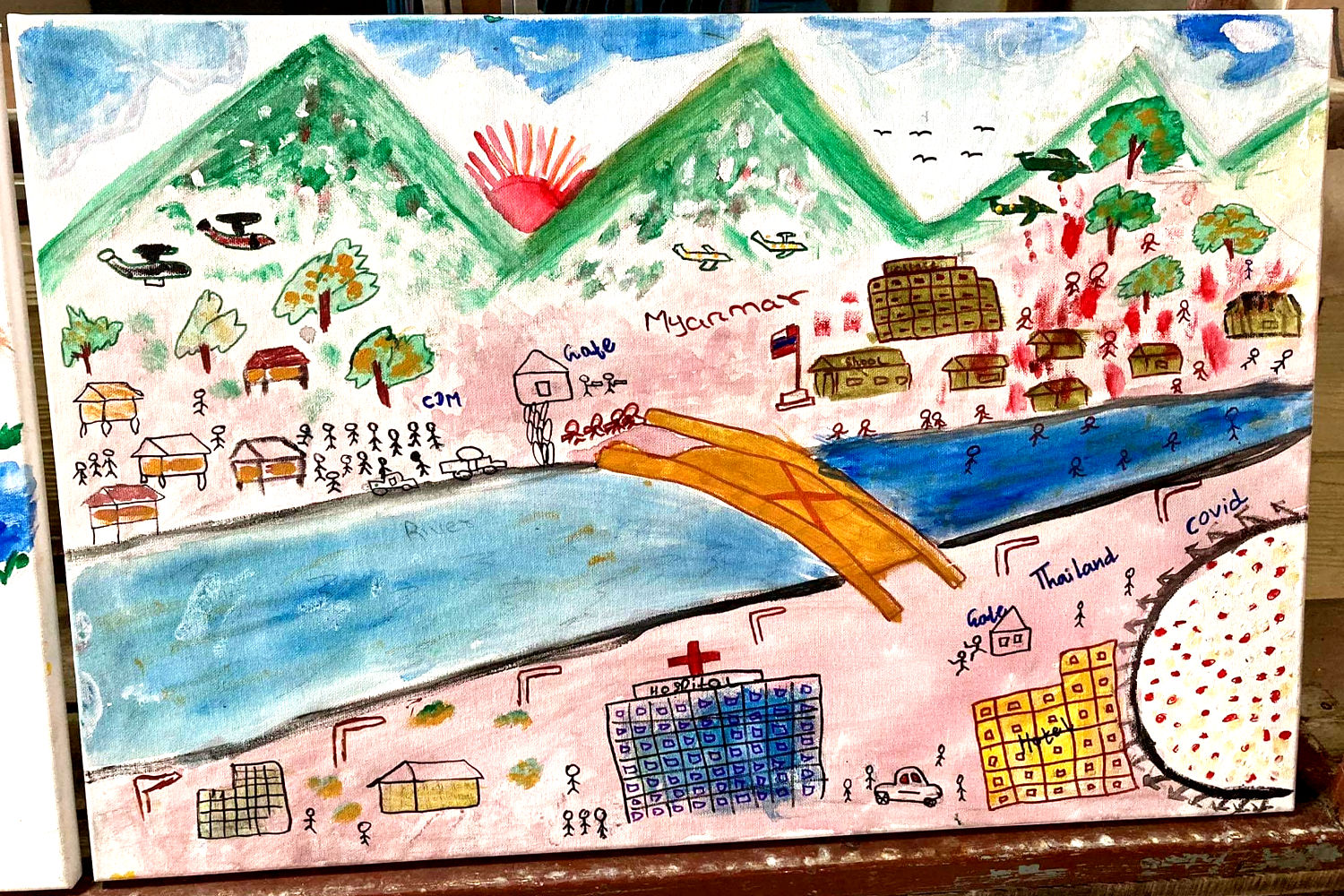 This picture says a lot. It was painted by one of the kids in the Kickstart Art programme supported by SpinningTop. The children were asked to draw what their town looked like. When you look closely, the details tell a harrowing story.
Read now
view more stories