Pat Shepherd had a little idea that inspired a lot of people. Read more below or watch the wee video of Pat sharing his story at Creative Mornings Wellington. 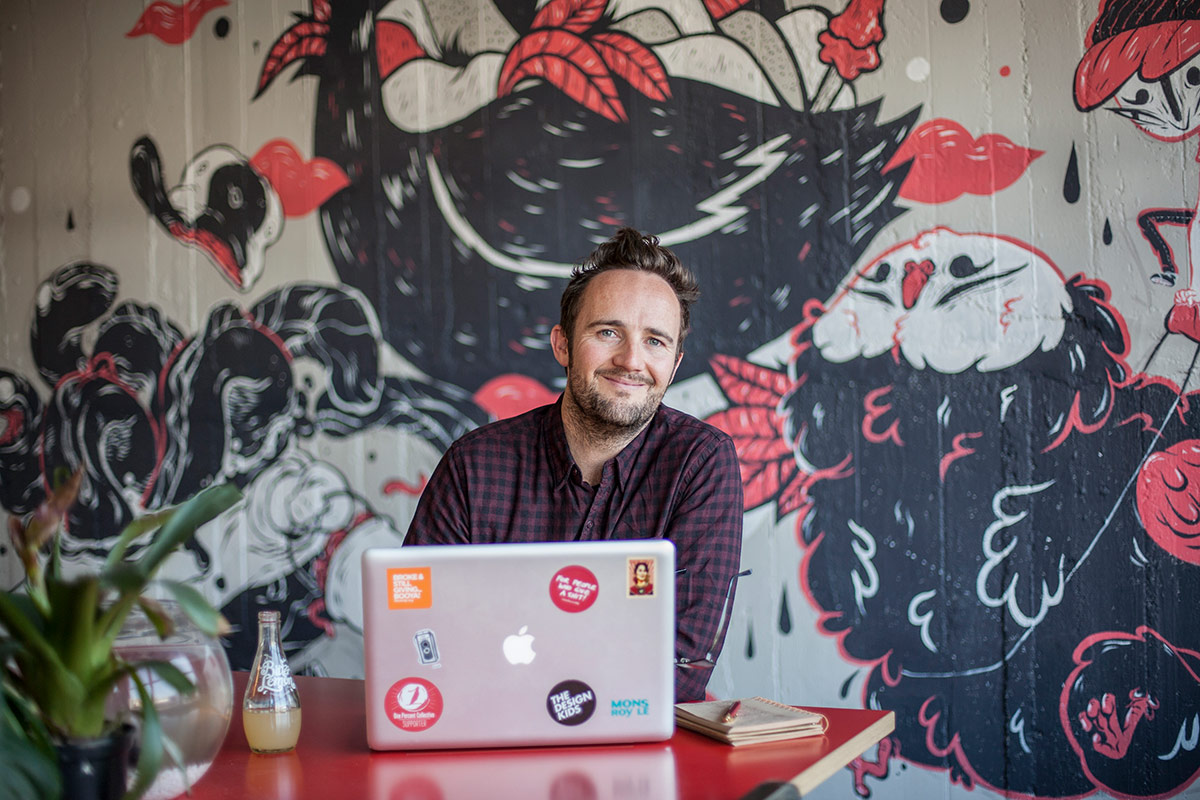 Originally from Scotland, Pat ended up in Aotearoa early 2002 thanks to the beautiful mountains of Wanaka. It was there he spent three ski seasons before following his love of music and moving to Wellington. Working as a freelance photographer and graphic design tutor gave Pat the freedom to develop a fundraising project called The Good Karma Project.

The Good Karma Project taught art and photography to refugee children in Thailand and later on led to the development of Little Lotus Project, in collaboration with SpinningTop and street artist Misery. These art based fundraisers brought in more that $50,000 to support vulnerable children and led to a whole new world of creative fundraising for Pat and his contacts.

It was then in 2010 he discovered the writings of philosopher Peter Singer. Pat was floored by Singer’s simple call to action: that if the world’s wealthiest individuals each donated a fraction of their wealth, the world could make a huge step towards realistically eradicating global poverty.

He decided that these wealthy people were going to be a bit too hard to get a hold of, so instead he would ask an enormous amount of people closer to home to each donate a small amount of money and help us to create some positive change in this world. He decided to stake a claim on the generosity of the human spirit. He would ask people to individually donate 1% to charity.

From his years of experience documenting New Zealand’s collaborative arts and music scenes in NZ, Pat knew that if he could find a way to inspire and bring a community together around the concept of collective generosity, inspire that community, and make it all look great then he might just be able to transform the way people give to charity and encourage those who didn’t give before to join the giving evolution.

Getting things going wasn't easy, he spent over a year developing the idea and working out how to fund the charity. The Founding 40 idea brought the charity to life, however keeping it going in the early days was a game of grit and good friends, with Pat having a year of no income to make the One Percent dream a reality (he even moved in to house sit an ex-girlfriend's parent's house at one point).

Now nine years from launch, the Future 70 and corporate sponsors have seen Pat continue to strengthen the organisation, alongside his workmates and his wonderful board of trustees.

Join the Collective with your 1%

Support any number of our 16 partner charities and make an impact on the lives of thousands in Aotearoa and beyond. Joining takes less than 5 minutes.